Note: This was originally published on my companion blog, Desperado Penguin, on April 25, 2012.

Last summer, I wrote about my late cousin Isak Hakel, who died, taking his sad history with him and leaving me with memories only of a joyful man.

At the time of his death, I was working with the Latvia State Historical Archive to retrieve the history of the Hakel family, and specifically to retrieve photographs of any family members. One of the most amazing things I discovered the Archives holds is old passport photos - apparently, it was necessary to have a passport for identification purposes, and so nearly everyone had one taken in the 1920s and 1930s, and many of these photos still exist.

I had sent Isak all the photos from my grandmother's collection - photos of his mother, father, sister, and grandparents. There was one large wedding photo that Isak was in, and he told me, he knew all the people in the photo. He treasured them and was obviously, in spite of our difficulty communicating, grateful to get them.

But there was one photo I did not have, and it troubled me: Ruth.

Ruth Hakel was Isak's little sister. She was born in 1939, two years before the German Army invaded Liepaja and destroyed the majority of the Jewish inhabitants. She died on November 3, 1943, according to a Yad Vashem card filed by her father that I found online. A short life, for which only a name and some dates remain - and even the death date cannot be stated with certainty.

I wanted to give Isak a picture of his sister, but the archive moved slowly, and it took over a year to receive the records I requested, which arrived just this past week. There were many treasures among in the packet, but the one I hoped for was not to be found.

I began to enter the data into my family tree, and sort through records, and cross-check new information against things I had learned before, from other sources. When I got to Ruth Hakel, I went back to the Yad Vashem website, and looked up the Page of Testimony that was filed for her by her father and brother. The website had been updated recently, and to my amazement, I discovered that along with the Pages of Testimony were now photographs of those who perished.

And there she was. 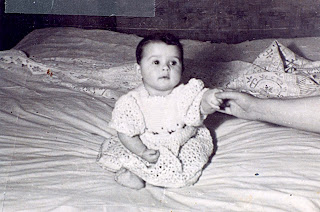 The card and photograph were placed in the museum by her surviving brother, Isak Hakel.

I asked him many questions, yet it never occurred to me to ask him for a photograph. He got it to me anyway. 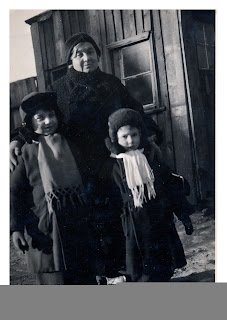